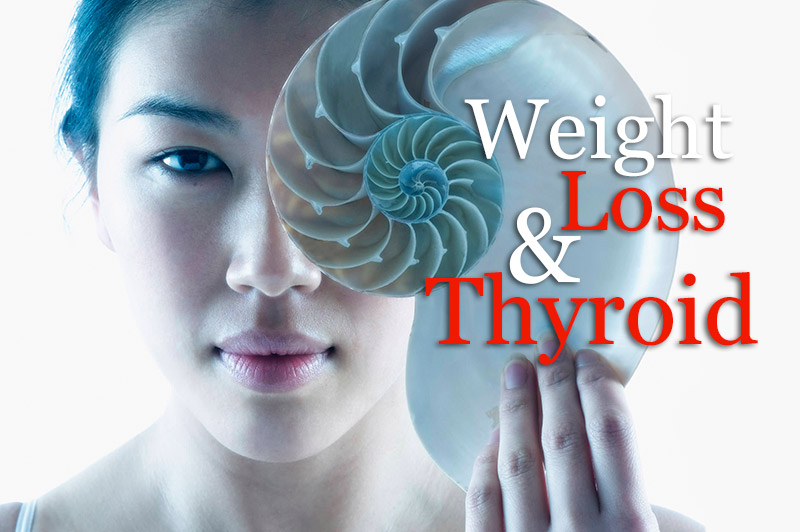 A complaint I often hear from men and women who have been on long term medication for low thyroid is this: “I’ve taken the pills for years but I only gain more weight. Why?”

Having worked with scores of men and women all over the world, I am continually surprised by the number of people who, having been prescribed thyroid hormones, struggle long term with mounting weight that they cannot seem to lose no matter what they do— people who, nevertheless, shed weight consistently and keep it off permanently on Cura Romana. Let’s look at some of the common assumptions about the relationship between thyroid function, weight gain and weight loss, then maybe explore why Cura Romana is so successful for them…

Thyroid hormones have long been used as a weight loss tool with little success. Only small amounts of weight tend to be lost. Once thyroid hormones are stopped, weight lost is usually regained. Often it is regained even when thyroid medication is continued. Sadly, there can be significant negative consequences from the use of thyroid hormone to help with weight loss—for instance, the loss of muscle tissue. And when the dose of thyroid hormone is increased, it can create other problems such as disrupting hormone balance. For good health, the endocrine system—which functions as a whole—needs to become balanced.

All the glands in our bodies depend upon one another to function properly. The thyroid gland, for example, depends upon the pituitary gland to help control the production of thyroid hormones. The pituitary gland produces thyroid stimulating hormone (or TSH). This hormone promotes thyroid hormone production, and releases the hormones into the blood stream. When the thyroid hormone level is low, the pituitary gland senses this and releases TSH, which in turn tells the thyroid gland to make and release thyroid hormone into the bloodstream. This process is often compared to the working of a furnace: a thermostat senses cold air, tells the furnace to turn on and produce heat, and when the air is warm enough, the thermostat tells the furnace to shut off. Any hormone introduced into the body, whether drug or nature-identical, can disrupt not only the functioning of the gland it has been targeted to treat, but the balance of many other hormones as well.

It was almost a hundred years ago that scientists discovered the thyroid gland controls metabolism—in other words, the rate at which your body consumes its fuel. Doctors way back then came to believe that giving thyroid gland itself, or prescribing thyroid hormones to overweight people, would make them lose weight. Such notions have proved to be deeply disappointing. You see, the abnormal fat deposits we want to shed don’t get involved in the turnover of energy. This is one reason why weight loss diets don’t get rid of excess fat from so-called difficult areas, like bellies in men and waists and thighs in women. Nonetheless, many still prescribe thyroid medication to people who complain they cannot shed weight.

Simeons, who created Cura Romana, understood that giving thyroid medication to an overweight man or woman just forces the body to consume its normal fat reserves—which are already depleted and which no one should lose—and then to break down structurally essential fat without touching the abnormal deposits.

“In this way,” Simeons said, “a patient may be brought to the brink of starvation in spite of having a hundred pounds of fat to spare.” In the thirty years he spent studying the cause and cure for obesity, and in all his successful clinical treatments, Simeons found that the majority of overweight people have a perfectly normal thyroid gland. Some, he discovered, even have an overactive thyroid. Only occasionally did he come upon an obese person with a real thyroid deficiency. He says, “Much misunderstanding about the supposed role of the thyroid gland in obesity is still met with, and it is now really high time that thyroid preparations be once and for all struck off the list of remedies for obesity. This is particularly so because giving thyroid gland to an obese patient whose thyroid is either normal or overactive, besides being useless, is often decidedly dangerous.”

I often ask myself why so many people who have been on thyroid medication seem to thrive on ESSENTIAL SPRAY+FOOD PLAN and then make their weight loss permanent through the CONSOLIDATION process. In truth, I do not know the answer to this question. But it is a wonderful thing to witness taking place. And frequently, with the help of their doctor, they decide to reduce the hormones they have been taking, or to stop taking any thyroid medication whatsoever. I strongly suspect that it is the remarkable balancing that Cura Romana brings, not only to the fat control centers in the brain, but indirectly often to the endocrine system as a whole. For I also see women frequently able to eliminate the use of both drug and nature-identical hormones that they may have been using for years. “I just don’t need them any more” they tell me. The hot flushes are gone, the PMS has dramatically reduced or been eliminated altogether. As one participant said to me last week, “I feel like I’ve been released from a drug-built prison and it’s great.”

The only diet I have tried that really works. It is hard work, but I was never hungry. Two disadvantages: it does get a bit boring eating the same things for 26 days and it is a rather long time. I never go for 26 days without having work dinners or birthday parties. But you just have to be strong and say no. If you stick to it, it really works and it is really worth it!

I was a little skeptical to start

Cura Romana is an exciting, life-changing journey which reduces your physical size and yet gives you an increased sense of who you are. The program is much easier to follow than I thought it would be and it really works! I was a little skeptical to start with but soon became a total convert. Cura Romana has changed forever how I think and eat. I now enjoy my food immensely and don't deprive myself. If I eat something which doesn't agree with me I now have the tools to hand to put my body back in balance. I now enjoy my foods without the anxieties I had for so long about food before.

Where can you enter a weight loss plan that tells you it works for everybody, that you will see positive, dramatic and immediate results in the first week, and you don't have to do any exercise except gentle walking, that then becomes a personal journey to discover how your body can perform at its optimum level and never regain excess weight. That is Cura Romana and this is my experience of it.

Fab felt great on it

Enough for 2 times or 2 people!

I am on day 20 of the 21 days of the first step. Since you are supposed to take the sprays only the first 18 days, I put away my 2 little bottles this morning and realized I have a whole bottle left! I purchased them in London at Helios Pharmacy where you can by only 1 bottle. But since I live in the USA I bought the recommended 2. Just like many other reviewers I am in late 40s and have struggled with weight and tried many diets that didn't work. With 1 day left I am on track to lose 14lbs (1 stone). I could still lose another 2 stones, but already I feel like I have new clothes: after several years I can fit into clothes I have had in my closet. I was very close to an American size 14 and now I am probably a solid size 12 and occasionally a "large" 10. As far as I can remember I have never been an 8... I will try to keep to the protein and veggie diet but adding fat, which according to many books is necessary: WHY WE GET FAT: AND WHAT TO DO ABOUT IT by Gary Taubes is a very well known book which debunks the low fat craze that has made many of so fat. FAT: THE WEIGHT LOSS SECRET- SIMPLE ADVICE TO LOSE WEIGHT AND CHANGE YOUR LIFE by K.D. Joseph is another book, a very easy read that encourages you to add fat to your diet to loose weight, always eliminating carbs and sugar, of course. I tried this in the past but couldn't loose any weight, but if it is true that my metabolism has reset after 21 days with only 500 calories and NO fat, I might be able to join the group of people who can eat sensibly and keep loosing some weight. According to Simeon who invented the HGC diet, you can actually enjoy WINE with a meal if you stick to no carbs. And according to Joseph and the late Montignac DARK CHOCOLATE is also allowed. What helped me to not feel hungry could be the fact that I included in my daily lunch SHIRATAKI noodles which are carb free but very filling.

conscious relationship between my body and mind

Cura Romana is a first class approach to weight loss. I was most grateful for a thoughtful Consolidation program which allowed for lifestyle change integration and a more conscious relationship between my body and mind. I was also grateful for such an intelligent presentation and mindful coaching along the way.

I would recommend to everyone

Cura Romana was a unique experience that I would recommend to everyone. It completely transformed my life. I am free of cravings and food addictions. I have learned how to enjoy my food, and chocolate. My energy levels are much higher and I look and feel so much younger. I am more aware of everything in the world and in myself and everyone around me. Most important I am more aware of my own needs and of fulfilling them. Cura Romana has been an extraordinary journey for me, and the most amazing experience that I have ever had. I now live in bliss almost every day and I'm just happy being me.

I just could not get over the clarity that I experienced on Cura Romana. I am not sure that I have ever felt that in my entire adult life. I took to getting rid of every piece of clutter and junk I had been holding on to. It was like I couldn't let go and now it's a clean slate, a new chapter in my life, emotionally as well as physically and I am never going back. I am happier than I have been for years. I have a calmness and a stillness that I don't think I ever experienced before. Emotional baggage that I was harbouring and carrying around is just leaving me. I get up every day looking forward with confidence and a light heart and can truly give thanks.

It help me lose 7lb. Not sure why. Friends have said how good this item but has not worked for me.