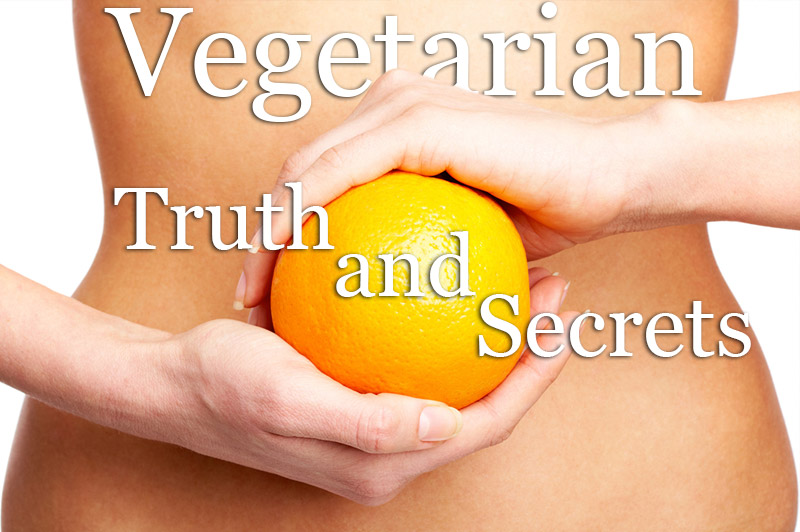 For ten years I was a vegetarian—a way of eating for which I have the highest respect. My vegetarian diet, at times even vegan, helped my body heal damage that had been done to it when I was a kid. I had been raised on junk food before junk food as we know it today even existed: I was never breastfed. I survived on pasteurized cow’s milk mixed with corn syrup, then as soon as I could wield a spoon, Rice Krispies smothered in sugar. Then I feasted on greasy eggs and white toast in truck driver cafés, usually at 5am. For my father was a jazz musician. I traveled with him from one gig to the next from the time I was 4 or 5 years old, not attending school, often covering 200 or 300 miles a day to get to the next job. As a result I was never well. So, in my early twenties, while living in Paris with my three children, I went looking for health help. And I found it. 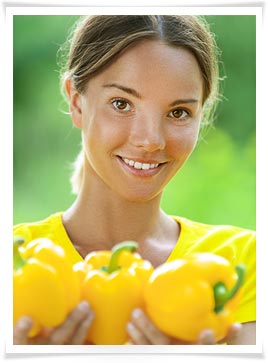 I researched the work of gifted British doctor Sir Robert McCarrison, who initiated the first epidemiological investigations into the relationship between diet and the development of disease. I investigated the theories and practices of Max Bircher-Benner MD, creator of the world famous Bircher-Benner clinic in Zürich. There, for almost a century, people suffering from chronic degenerative conditions went to have their lives transformed by changing the way they lived and ate. Bircher-Benner’s work had changed the eating habits of hundreds of thousands by the end of the 19th century, by teaching people to eliminate white bread and meat, and to eat a balanced diet of raw vegetables, fruits and nuts.

I was fortunate enough several times to visit the clinic which, for 40 years after his death in 1939, was run by his niece—the charismatic Dagmar Liechti-von Brasch MD. She and I became good friends. At the clinic I learned the principles of good vegetarian eating from Bircher-Benner’s son, Ralph, whose job it was to look after the publications that flowed forth from the clinic and were printed in many languages throughout the world. I learned about the powers of natural healing, then put them into practice, changing my own life and improving the lives of my children as they grew up. 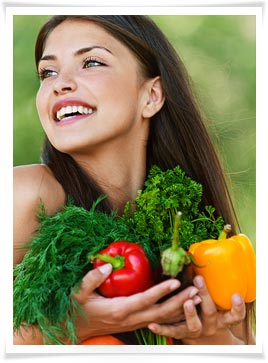 Meanwhile, I read many books and papers, listened to dozens of lectures from physicians and scientists, and interviewed scores of doctors personally who were involved in the new exciting field of lifestyle medicine. I was impressed by their work and by the work of many others including Dean Ornish MD, director of the Preventative Medicine Research Institute in Sausalito, California. Ornish and his colleagues went so far as to measure the effect of comprehensive lifestyle changes on patients with coronary artery disease. These patients were introduced to a meat, fish and poultry-free, ultra-low-fat vegetarian diet of fruits, vegetables, grains, and legumes, coupled with stress management sessions and regular exercise. By the end of a year, over 80% of the patients had experienced regression of their arterial fatty deposits without the use of drugs. During the same year, the control groups of patients, who had no lifestyle intervention, experienced a substantial progression of their illness. Change a person's way of eating and alter their lifestyle, and you can not only largely prevent degenerative conditions, of which overweight is a major one: you can even reverse degeneration after it has occurred. Certainly, a well-designed vegetarian way of eating can play a major role in the process. 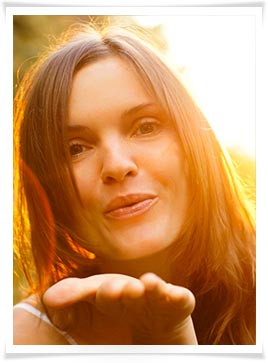 Given the surprising benefits that many people—including myself—have experienced from a properly constituted vegetarian way of eating coupled with lifestyle change, why, then, do so many devout vegetarians eventually become ill, obese and disillusioned with this way of eating? The answer to this is likely to surprise you, since so little has been written about it.

I have written a lot about Paleolithic man’s way of eating, our genetic inheritance from him and how important it is that, in choosing the foods we eat, we respect this genetic inheritance for the sake of our health, our mental strength and emotional wellbeing. As you know, until the agricultural revolution took place, Paleolithic man was primarily a hunter. He killed his food—be it animal, insect or fish—then gathered whatever plants, nuts, fruits and vegetables were available to him. He ate mostly fat and protein. He would go for long periods between kills, living off his own fat stores. His body handled the processing of the foods he ate primarily in a ketogenic manner—relying on fats, not glucose, to supply him with energy. 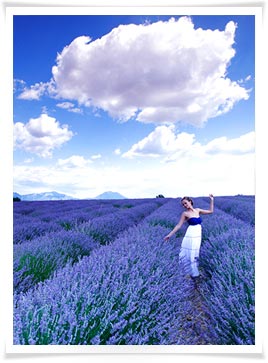 At the same time, and after the agricultural revolution began, a large number of people became primarily gatherers. The gatherers got most of their nourishment from what grew out of the ground in the form of fruits and vegetables, herbs, nuts and seeds, most of which they ate fresh and raw. Unlike the hunters, who derived their energy from fats, gatherers relied on glucose from their foods to supply their energy. The early gatherers were vegans. Only when man began to domesticate animals and birds so that eggs and milk were available did some of these vegans become vegetarians. To this day, both vegan and vegetarian diets are practiced in certain cultures throughout the world. Some contemporary vegans and vegetarians stay healthy. But it is common knowledge that more and more these days develop deficiency diseases, experience rapid aging and end up with serious chronic diseases. Why? 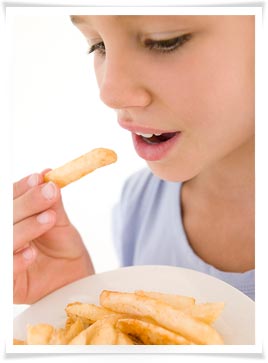 Because the foods most vegetarians and vegans eat now are a far cry from those that our original gatherers collected and consumed. Like more than 90% of today’s omnivores, the majority of vegetarians and vegans have now come to live on denatured, processed convenience foods. Such foods are just as dangerous to vegans and vegetarians as they are to the rest of humanity. Yet the majority of vegetarians and vegans remain completely ignorant of this. They still think that, by not eating animal products, they are protected from all the chronic illnesses that now plague humanity. What’s worse, for a few of these people, vegetarianism has become a religion—a source of self-righteous congratulation which they ignorantly assume sets them above the rest of us human beings.

Here’s the secret and bottom line: If you want to thrive as a vegan or vegetarian, you will need to fashion your way of eating as close as humanly possible to the way our gatherer ancestors did. This means saying no to convenience foods. It also means becoming savvy about how to get enough of the nutrients that are low in vegetarian and vegan diets, and making sure you supplement your diet with them. 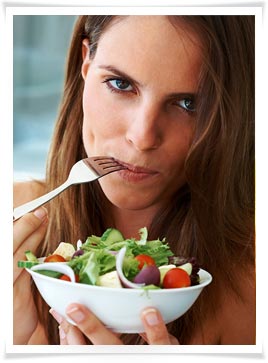 When it comes to spring-cleaning the body, following a vegan or vegetarian diet for a period of time can be a great help. This is how Bircher-Benner and the other great physicians who worked with high-raw diets were able to work their healing wonders. BUT... If you decide to follow a vegan or vegetarian way of eating long-term, you must eat as your gatherer ancestors did.

I see serious health problems in some vegetarians and vegans I mentor on our Cura Romana programs—yeast overgrowth, cancers, hypothyroidism, diabetes, leaky gut syndrome, anemia, food cravings, and chronic fatigue to mention only a few. Some people cannot manage a vegetarian diet because of enzyme deficiencies. Others have food sensitivities to grains and cereals or milk products, but do not know it because, like almost 99% of non-vegetarians, they are eating masses of convenience foods which none of our bodies can handle.

HOW TO BE A HEALTHY VEGETARIAN 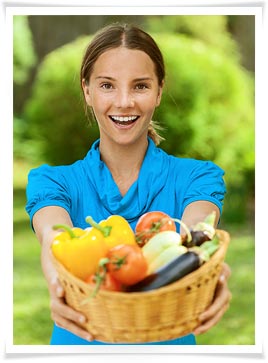 I think it’s an amazing programme, though I think some people would find it very difficult to manage because of work etc so I wouldn’t necessarily recommend it to every single person I know.

Program is amazing! It actually works! Thank you.

It is quite hard but effective for those who will commit themselves.

It's the only weight loss programme that has ever made sense & worked for me.

so much more than weightloss

Before doing Cura Romana I thought I was doing everything right with my diet and exercise program. However, I was still gaining weight. I know now that I was 'way off the mark'. Only with Cura Romana was I successful in reducing my weight. However, Cura Romana offers so much more than weightloss. As with most things in life you need to have a good coach like Leslie & Aaron alongside of you to get the best results.

the balance of mental and physical health you go through a transformation not just by dropping weight but by mental cleanse as well, with easy to follow guides and tools to support you every day.

It works but they need to be determined to do it.

It works. I feel great when I'm on it!