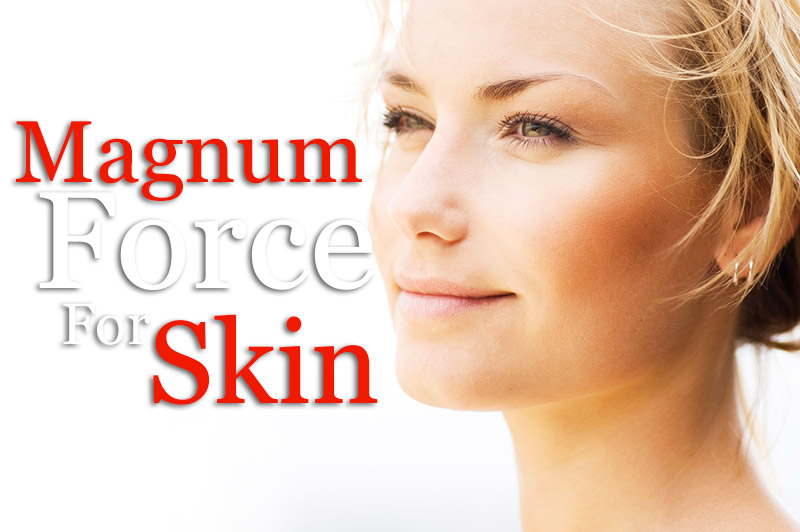 There’s some wonderful natural support on offer when you feel skin needs extra help. These potent wonder-workers offer the ability to repair DNA damage, enhance immunity and help protect skin from ageing. They form the core of my own wide-based anti-ageing, anti-inflammatory, antioxidant army, and work beautifully to protect our skin’s integrity. 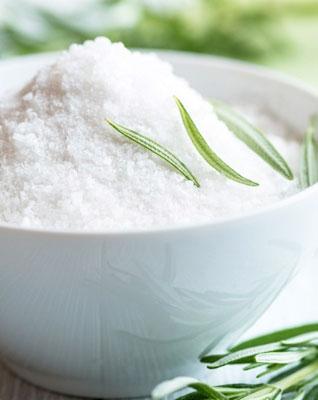 Sulfur is one of the hottest item in offices of savvy plastic surgeons is a unique form of this element: MSM—methyl-sulfonyl-methane is at the top of the list. MSM, also known as ‘physiological sulfur”, is a superb free radical scavenger. It neutralises free radicals that damage skin. Found in every tissue of your body, MSM concentrations diminish with age. They need to be supported by the right kind of diet and supplements after the age of 25. MSM is also found in rain water, the sea, and all living organisms. You’ll find it in especially high concentrations in raw vegetables, fruits, and sea foods. Even the cocoa plant from which chocolate is made is a good source. But, unless your diet is composed primarily of raw foods it’s highly unlikely you are getting enough MSM for optimal health and beautiful skin. The crème de la crème source of sulfur, MSM slows down the loss of collagen, stabilises connective tissues, and is important for clearing toxic buildup both on a cellular level and in the body as a whole. It is safe as well as highly effective. Even people who are ‘allergic’ to sulfur-drugs and sulfite-based food additives thrive on it. You can take it internally and/or use a good cream based on it. I do both. 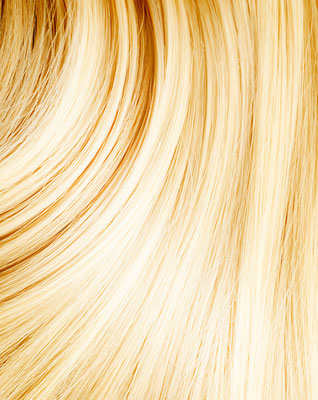 Sulfur is the most beautifying of all the elements. Even the thickness of our hair depends on it. It regulates the sodium/potassium balance bringing in nutrients and oxygen to cells and neutralising wastes. Every time your body clears out destructive chemicals it uses sulfur to remove them. MSM provides elasticity and healing repair to skin tissues. It may even alter cross linkages, smoothing out scars. Sulfur is essential for cartilage strength and to build keratin – the fibrous protein out of which hair and nails are made – as well as to virtually every function of the skin. With extra MSM your nails grow faster and stronger. Your hair gets thicker and shinier. A good dose of MSM is 2000 milligrams (2 grams) for each 60 kilos of weight a day. Start with 500 mg per 60 kilos of weight and work up. It’s best used together with half that amount of vitamin C, preferably in the form of sodium ascorbate (so if you take 2 grams of MSM take 1 gram of vitamin C). 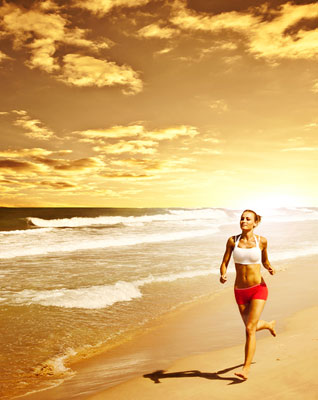 My second favoriteis carnosine. Carnosine is a dipeptide - a two-part protein - made out of the amino acids beta-alanine and L-histadine. Like MSM, it is a natural metabolite in your body as well as a powerful antioxidant. It occurs in particularly high concentration in long-lived cells like nerves and muscles. Carnosine levels decline as our body ages. In muscles its concentration falls by more than 60 percent between the age of 10 and 70. Lots of antioxidants aim to prevent free radicals from entering tissues, but have no effect after this first line of defence is broken. Carnosine is not only effective in prevention, but it is also active after free radicals react to form other dangerous compounds. So it protects the tissues from these damaging ‘second-wave’ chemicals. 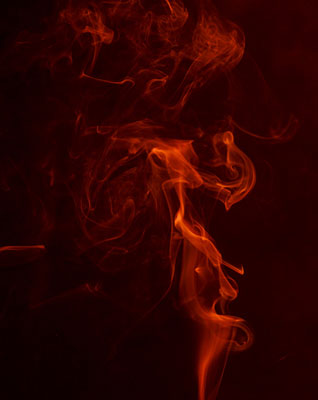 Carnosine addresses the great paradox of life – that fact that the elements which support life – glucose, lipids, oxygen proteins and trace elements – also destroy it. It binds toxic metals so your body can eliminate them safely. It guards cells and protein tissues from oxidation damage. It prevents glycosylation – the process that produces AGEs to build up leading to collagen cross-linking, wrinkles and sags. Carnosine can rejuvenate old cells and extend the functional life of skin’s building blocks as well as its lipids and proteins. As such it is identified as an “agent of longevity”. This amazing dipeptide also clears toxicity. When chromosomes are exposed to high levels of oxygen, carnosine is the only antioxidant known to protect them from oxidative damage. It rejuvenates connective tissue and speeds wound healing. Carnosine may yet prove to be an important key to dissolving AGEs and destructive cross-linking of collagen after it has occurred, but it is too soon to tell for sure. The Russians use carnosine, with great success, in a special form called N-alpha acetylcarnosine or NAC in eye drops to eradicate cataracts. Carnosine improves overall skin condition and can treat tough leathery skin as well as preventing many age signs on the face. Used as an oral nutraceutical the recommended dose is 500mg of carnosine a day taken on an empty stomach. In the case of carnosine more is most certainly not better. Doses above this amount can actually be less effective. 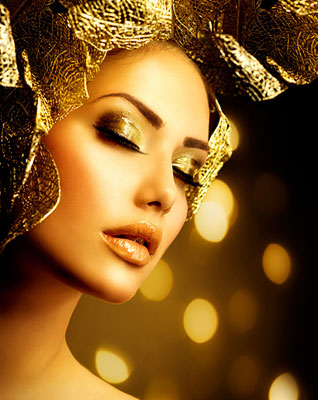 The last place you might expect to find a golden thread in the tapestry of living skin is in the form of a special kind of vitamin B3 – nicotinamide or niacinamide. This form of the vitamin behaves quite differently than the well known nicotinic acid which causes hot flushes when swallowed. As far back as 1968 Double Nobel Laureate Linus Pauling published research reporting success in the treatment of psychiatric patients using moderate doses of this vitamin together with ascorbic acid. Nicotinamide has long been used both topically and orally for its anti-inflammatory abilities. It has a stunning ability to reverse many aspects of skin ageing when used internally and even externally in skincare products. Niacinamide enhances energy production, increases collagen synthesis, decreases inflammation, encourages synthesis of lipids needed for skin health and beauty, and diminishes wrinkling. It can even help fade age spots. Together these big three can work wonders for skin or any age. 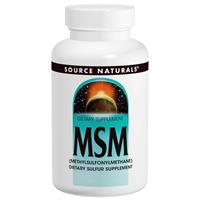 MSM serves as an important source of bioavailable dietary sulfur, an element that plays a critical role in maintaining the integrity and elasticity of connective and other tissues. It is an important component of proteins found throughout the body, such as in hair, nails, skin and tendons. Vitamin C is necessary for the formation of connective tissue, amino acid metabolism, and hormone synthesis and serves as a key factor in the body’s immune system. Molybdenum is a trace element that is needed by the body for sulfur metabolism, oxygen transport, and detoxification. 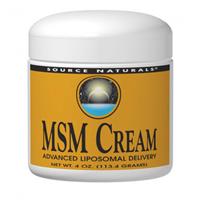 MSM (methylsulfonylmethane) is a naturally occurring form of organic sulfur. MSM Cream can be used to soften and smooth skin while adding oil-rich, moisture-binding protection. Liposome technology is an exceptional method for topical penetration and absorption of key ingredients. Liposomes are tiny spheres which easily penetrate the skin to deliver the MSM Cream. MSM Cream also contains the potent antioxidants vitamin E and ginkgo. Source Naturals also makes MSM tablets for internal use. 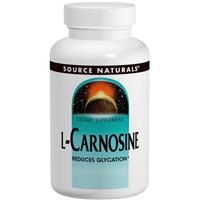 L-Carnosine is a dipeptide composed of the amino acids beta-alanine and L-histidine. It occurs naturally in muscle, brain and other tissues in high concentrations. In in vitro studies, L-carnosine reduced glycation, a process in which DNA and protein are damaged by glucose. The end products of glycation are highly reactive molecules called advanced glycation end products (AGEs) which can further damage proteins, lipids and nucleic acids. The accumulation of AGEs is associated with aging. 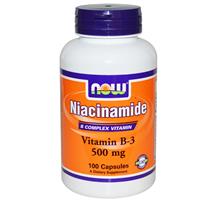 Cura Romana has now become a way of life for me

There are so many things that I have taken away from my Cura Romana experience. Improved health, I feel and look so much better. Improved hormonal balance, all my menopausal symptoms have completely disappeared. And I have a greater sense of self-worth and am much less willing to make compromises. I discovered the nature of my true body size and shape and I actually like it now for the first time in my life. I have more vitality, I have a much higher level of self-confidence, I have much greater self-respect, I put myself first now. I only eat or do what's good for me and that is very empowering. I have a greater appreciation and willingness to honor my body's natural rhythms of dynamism and receptivity. If I am tired I sleep or rest now. I no longer run myself into the ground to achieve too much or please other people. I have a greater sense of my spirit being grounded in my body. I think the Cura Romana program works because Leslie & Aaron have integrated all of the different aspects of health, personal beliefs and expertise into one, holistic method which is why it benefits people so dramatically on the physical, emotional, mental and spiritual levels. Cura Romana has now become a way of life for me. I consider this experience to be one of my life's greatest gifts.

finally a product that delivers what it says it will

This spray is part of the protocol in order to complete the best weight loss plan I have ever done.....I felt no hunger on this plan at all....spray under your tongue four times a day....taste???? well not unpleasant..sort of invigorating..... I have finally found the answer to a problem that has plagued me all my life....weight gain....that seems out of control...also cravings ....cant eat just one biscuit got to have the whole packet.....not any more....this is definitely one weightloss plan that works....and gives you the solution for keeping it off....I have tried all the diets over the years...grapefruit, egg, cabbage soup,weight watchers, slimming world, atkins, etc.....so good to have one that gives the solution to keeping it off FOR GOOD. I feel great too....more energy....still have more to loose but can do this over and over again until I am at my body happy weight. Recommend it to anyone who has failed in the past...and is without hope... one word of warning though...if you dont follow the protocol to the letter...YOU WONT LOOSE WEIGHT.

I have done the program and have been amazed at the results. Initially I thought it sounded a bit too good to be true. Aaron & Leslie makes some very high claims: rapid and safe weight loss, no cravings, increased well-being including increased energy, awareness and clarity, and long-term stabilisation of weight loss. Sounds like a dream! Well, surprisingly, shockingly: it works! It's like a whole new chapter in the world of healthy nutrition. I am one of those people that has tried pretty much every diet there is on the planet. They usually promise a lot but don't deliver. This is quite different. Of course with every diet there are two elements, clarifying what you are meant to eat and dealing with cravings to eat other things that you are not meant to eat. With Cura Romana, the cravings just aren't there. That's what makes it completely different from anything else I have ever tried. Thank you Leslie & Aaron! (I lost 28 pounds by the way)

Changed my life completely! This is my 3rd time I’m doing it. Only once a year but it makes me feel incredible.

getting closer to myself

I'm loving the feeling of getting closer and closer to myself. Leslie and Aaron are offering something truly revolutionary and priceless in Cura Romana.