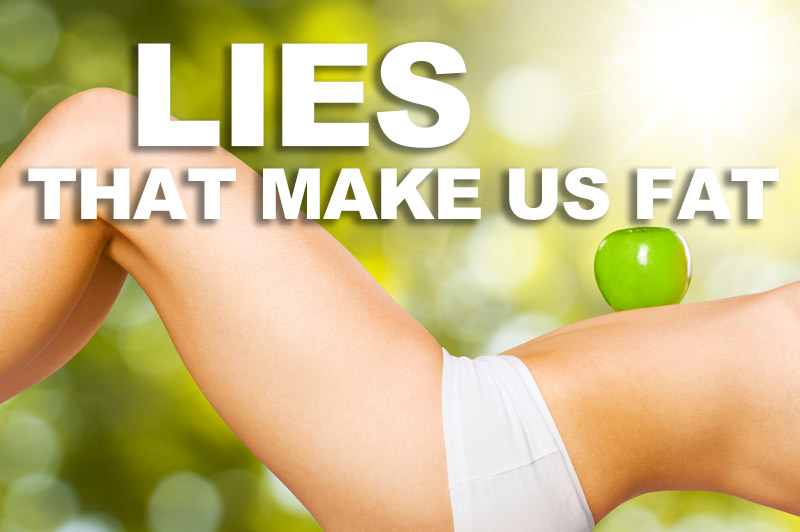 The healthy diets and the Lies, Damn Lies And Statistics That Make us Fat

Valid discoveries in medicine depend on the ability of researchers to make accurate observations in relation to the subject they are studying. For the past 70 years, obesity research has been based on massive false assumptions which, by now, have developed all the earmarks of a fundamentalist religion. Even governments have bought into these lies. Here’s one of the biggies that form their false litany. In the words of the Surgeon General of the United States—“overweight and obesity are the result of excess calorie consumption and/or inadequate physical activity.”

There is so much nonsense taught about obesity, not only through the media, but even through published findings of trained scientists and doctors who should know better. If ever you decide to take time out and to plough through the voluminous research and declarations about obesity, its causes and its cure—as I have done virtually ad nauseam—you will discover that some important conclusions about the cause of weight gain, and the difficulties of making weight loss permanent, demand to be drawn. Some of them will surprise you I think, because we have been taught to believe so many false ideas by the media, food manufacturers and Big Pharma.

Overweight and obesity are states of excess fat accumulation as a result of some, as yet officially unidentified, disequilibrium in the hormonal regulation of fat metabolism. This is the major issue which must be addressed to conquer the epidemic of chronic overweight.

To my knowledge, only one scientist chose to spend 40 years of his life grappling with the fundamental issues of obesity, its causes, its symptoms and its essential nature: ATW Simeons. After doing specialized work with thousands of patients, he concluded that the accumulation of excess fat on the body is the RESULT of a metabolic disorder—a functional abnormality in an area of the brain which lies at the center of hormonal control, within the autonomic nervous system. He then proceeded to identify the means of restoring balanced functioning to this area, thereby allowing the body naturally to shed its inessential fat and restore the harmony on which radiant health depends. It was he who created Cura Romana—The Roman Cure—more than half a century ago. Unwittingly, his discoveries challenged the nonsense promulgated by food manufacturers, and posed a serious economic threat to the sale of potentially dangerous slimming drugs sold by multi-national pharmaceutical companies. No wonder his work has been vilified, discredited and attacked by the powers that be.

Stop eating cereals and grains like wheat and bread and pasta as well as convenience foods which are made out of them. Because of the effect these foods exert on insulin and blood sugar, refined carbohydrates, sugars and starches are most certainly the dietary culprits in the development of diabetes, coronary heart disease and obesity. They are also inevitable contributors to other diseases of civilization, including cancer and Alzheimer’s disease.

Well-designed independent research studies confirm all this and more. Cereals, grains, and sugar-based carbohydrates not only make you fat and/or prone to degenerative conditions. They distort hormonal regulation and homeostasis, fostering obesity as a consequence of the way they disturb insulin balance. They engender insulin resistance syndrome, Metabolic Syndrome—Syndrome X.

Why? Because carbohydrate foods such as these turn into sugar instantaneously on eating them. They dull your brain. They stimulate insulin secretion. This in turn increases hunger, and diminishes the energy available to the body to fuel good metabolic processes and for use during day-to-day life. Finally, they undermine the healthy functioning of the fat and appetite control center in the brain, which is the one thing you want to restore balance to if you want to stabilize weight permanently. If you include starches in your meals, eat only a small amount of “safe” starchy foods—15 to 20%—such as potatoes, buckwheat, brown rice, or wild rice. More to come about natural health, weight and rejuvenation in relation to foods soon.

Fab felt great on it

The end of a ten year struggle to lose weight

As a person who has never been a big eater I was baffled by a huge increase in my weight without any change to my normal lifelong diet. I put on four stone (56lbs) in a very short time. I was eventually diagnosed as suffering from hypothyroidism and prescribed Levothyroxine tablets. Despite over a period of time my doctor increasing the dosage I could not lose any of my weight gain. After ten years of trying every sort of dieting without any success I came across the Cura Romana diet via the book purchased on Amazon. I started the programme together with the Cura Romana spray and to my delight and almost disbelief I immediately started losing weight. On the first three weeks of the programme I lost 21lbs and following it up with the consolidation period I lost in total 35lbs and now almost five months later I have not put on any weight. The results I achieved are brilliant and if I could have gave a ten star review I would have done so. Apart from the physical weight loss I now feel so much better psychologically after ten years of despair. I have hashimotos, and have put on about 3 stones since being diagnosed. I am taking Levothyroxine and Liothyronine(T3), but still no weight loss despite eating a low calorie healthy diet and exercising daily. I researched the internet and found out that so many had success with this special diet,I contacted Leslie Kenton. Leslie emailed me and was so supportive, I read her book and was so inspired, that I started on the Cura Romana diet and wow lost weight for the first time in five years. I lost 21lbs on the first stage. Had a break and am about to start again knowing that it works. I can only say thank you for this wonderful Essential Spray.

b d donovan in United Kingdom

good for your body

It is impossible to say just how impactful Cura Romana can be on your life. It is utterly amazing how simple, effective and calming Cura Romana is. I am just coming to the end of my second Cura Romana journey and I'm 50 pounds lighter and healthier and more vital in every way. It's the only diet that works at a deep enough level to be truly sustainable. It gives you the chance to take full control of your health and food choices. In short, Cura Romana can set you free!

I love everything about it it’s hard to chose! The idea, the book, the physical and psychic effects ... and this new website is beautiful and so simple ; it looks like an app

It really works and stops your hunger and your cravings