Guarana - Awesome Energy From The Amazon

Coffee smells good and tastes great. It delivers quick energy bursts to clear away your brain fog. But the caffeine from the coffee bean can soon burn out, leaving you nervy and exhausted. Drinking coffee distorts insulin balance, triggers blood sugar distortions and creates unconscious addictions that are hard to kick. Mainstream medicine tells us that it’s the caffeine that causes problems. We are also taught that all caffeine is the same. Well, I’m here to tell you, it just ain’t true.

Not all caffeine is the same

When I was nine years old, I was in Brazil with my parents. There we discovered a plant also rich in caffeine which switches on your energy and keeps it going without the negative downsides associated with coffee-drinking. When this exotic plant is organically grown and carefully harvested to preserve its caffeine, along with many other plant factors that make it so powerful, it delivers energy, increases your strength and stamina and, unlike coffee, does not burn you out. The plant is called guaraná. It’s named after an Amazonian tribe—the Guaranis—who recognized its power centuries ago. It grows wild in the exotic Brazilian rainforest in the form of a red berry. And it holds the energy secret of Brazil, and many other South American countries. In Brazil, guaraná is a drink more popular than coffee. Thanks to its complex combination of health supporting plant factors, the naturally occurring caffeine—unlike coffee—is released slowly into your system. As a result, the energy boost that guaraná brings you is not short, nervous and abrupt with a rapid energy drop-off. It’s uplifting and it lasts without distorting your metabolism.

Western medicine has long been ignorant and confused over guaraná. You’ll find all sorts of contradictory, not to say absurd pontification about its so-called dangers if you surf the web looking for information about it. Don’t bother. For centuries, guaraná has been the best kept secret in South America for increasing physical and mental stamina, increasing positive motivation and keeping the population going day after day without the toxic chemicals in coffee and other energy drinks. Guaraná supports all twelve of the body’s fundamental systems important for human health. In the past 50 years, many research projects in the Southern Hemisphere have turned up remarkable truths about this amazing plant. By all means, look online and learn about this marvelous plant, but forget searching for good information from American or European scientific research projects. They don’t exist. Western medicine has hidden its head in the sand and turns out the same-old, same-old nonsense claiming that guaraná is nothing more than plain old caffeine so you might as well take a No-Doz pill or swallow another cup of java. But clinical studies from the Southern Hemisphere have much to tell. The alkaloids in guaraná, say researchers, stimulate our myocardium and central nervous system, reducing our fatigue while enhancing alertness. Guaraná is a superior health tonic. Its seeds hold from 4 to 8% caffeine including large amounts of saponins, terpenes, tannins and flavonoids. Its seeds are fatty. When you grind them into a powder they are not water-soluble, which is a major reason why the special caffeine they contain is only slowly metabolized by your body. This protects from the nervousness and abrupt drop-off you get from coffee. This also means that guaraná’s seeds are able to act as “carriers of energy” through the body. The energy they bring therefore has a calmer, cooler quality that both revitalizes and relaxes. Guaraná also enhances physical and mental performance and promotes thermogenesis by nutritionally stimulating the body’s Beta receptor pathway, breaking down stored fat and allowing it to be turned into energy.

Now here are some important warnings, so please listen: Should you decide to explore what guaraná can do for you, you must make certain that the product you choose is genuine guaraná imported from Brazil that contains the whole plant—instead of some cheap derivative which is only caffeine. Believe me, cheap imitations of the real thing are rampant. Big-selling drinks are riddled with plain old caffeine listed as guaraná on their labels. So are all those sports drinks and macho “energy boosters”, designed to attract men and women naïve enough to believe that they will get bigger muscles by using them. Stay away from such rubbish for the sake of your health and your pocketbook. Guaraná must never be mixed with a lot of other stuff, which could well make you sick. Guaraná is a substance only meant for adults. It is not for children, pregnant or breastfeeding women or anyone with fibrocystic breast disease. You should consult your health care professional before using it. Finally, use only one or two tablets of guaraná a day. More is NOT better. When to take them? Take only one tablet thing in the morning. If this works well for you but you feel you want another energy boost later in the day, you can take a second tablet at lunchtime. Find out what works best for you. But never take guaraná late in the day—it might interfere with your sleep.

I’ve investigated many guaraná products on the market. Here is what I believe to be the very best: 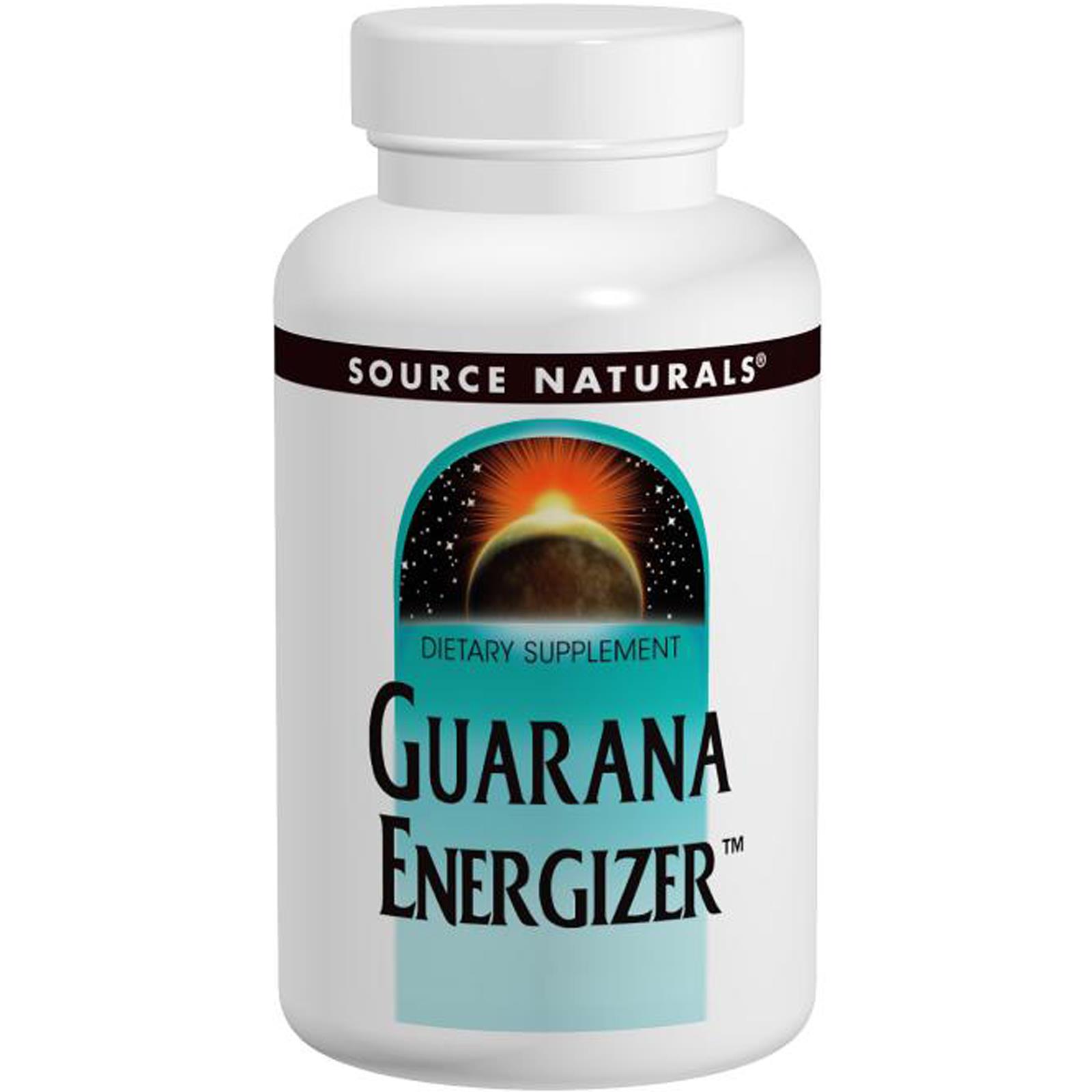 Guarana is a natural herb imported from Brazil. It has been used for centuries by the Native Americans of the Amazon as an energizer.

Order Guarana Energizer from iherb
Each guaraná tablet contains approximately 200 mg of natural occurring caffeine. This is 1 to 2 times the caffeine in a cup of coffee. I’m keen to hear from you about your own guaraná experience. Do get in touch by adding a comment below: