Could something as insignificant as the tiny blueberry offer powerful protection and healing for your body? It can—and probably in ways that you’ve never dreamed possible. Rich in manganese, phytonutrients, fiber and vitamin C, blueberries are one of the most powerful antioxidants in the plant kingdom. They offer extraordinary anti-inflammatory and anti-cancer properties. They may even help combat diabetes. This was first discovered way back in 1927, when it was found that taking a specific extract of blueberry can significantly slash blood sugar levels. These findings were largely ignored by mainstream medicine. The editorial board on the Journal of the American Medical Association—America’s most revered medical journal—argued that this had to be impossible. They claimed that such extracts could never be standardized. Now, thanks to investigations by independent Life Extension scientists, you can buy an inexpensive, specific blueberry extract, further enhanced with pomegranate, which works wonders. Blueberries are not bilberries. It’s important that you know the difference. Both berries belong to the Heath family of plants, which include rhododendron, American laurel, and broom. The difference between them comes in the size of their seeds, and their skin. Bilberries have been grown all over northern Europe since the 16th century. Unlike blueberries, bilberries are acidic in flavor. These dark blueish-purple berries have long been popular in Sweden. Blueberries (their botanical name is Vaccinium corymbosum or Vaccinium angustifolium) tend to be hybrids of three native American species. They are up to four times larger than bilberries, and they’re pleasingly sweet. Most commercially cultivated blueberries are grown in North America and New Zealand, as well as to some degree in parts of Western Europe. When researchers analyzed vegetables and fruits to determine their antioxidant capacities, blueberries came high on the list. They can destroy free radicals, combat oxidative stress, help maintain healthy blood flow, healthy LDL and blood pressure levels. Blueberry extract, when combined with other natural berry components, may even help prevent and clear bladder infections by blocking bacteria from attaching to the walls of the bladder. In 2005, researchers discovered that the polyphenols which a specific blueberry extract contains can reverse both motor defects and cognitive defects which can develop as your body ages. Polyphenols are natural plant molecules with potent antioxidant capabilities. According to the Pennington Biomedical Research Center, it is the multi-leveled range of polyphenols that brings blueberries their anti-cancer, anti-inflammatory and antioxidant properties. The two most active constituents found in blueberries are anthocyanins and pterostilbene. Blueberry anthocyanins are considered one of nature’s most potent antioxidants. It’s pterostilbene, the other blueberry constituent, that helps maintain healthy lipid and glucose levels within healthy ranges. Through its unique biological effects and antioxidative potential, pterostilbene also helps maintain your healthy DNA structure. Blueberry extract also triggers neurogenesis—by stimulating nerve supply and adaptability in the part of the brain primarily affected by Alzheimer’s disease—the hippocampus. People who take in a lot of natural polyphenol molecules from plants have significantly lower rates of neurodegenerative disorders. Blueberry polyphenol molecules are able to cross the blood brain barrier. They’ve even been shown to enhance the release of essential neurotransmitters from aged brain cells. Meanwhile in 2008, animal-based research carried out at University of Florida discovered blueberry extract can prevent the final steps in the formation of destructive amyloid-beta proteins—a major trigger for loss of memory and good brain functions. Other recent studies show that blueberry extract may prevent DNA damage and encourage fast, accurate DNA repair. A recent animal study showed that blueberry compounds increased mean lifespan by 28%. Translate that into human terms and you’re looking at 22 years. Finally, and most fascinating to me, is the way natural compounds in blueberries can act as nootropics. These are often known as smart drugs, neuro enhancers, or cognitive enhancers, which improve aspects of mental functions. I not only have a love of organic blueberries and eat a lot of them when they’re in season. I have been so impressed with the new Life Extension Blueberry Extract with Pomegranate that I take it daily. Do see if you benefit from it as much as I have—and let me know, won’t you? 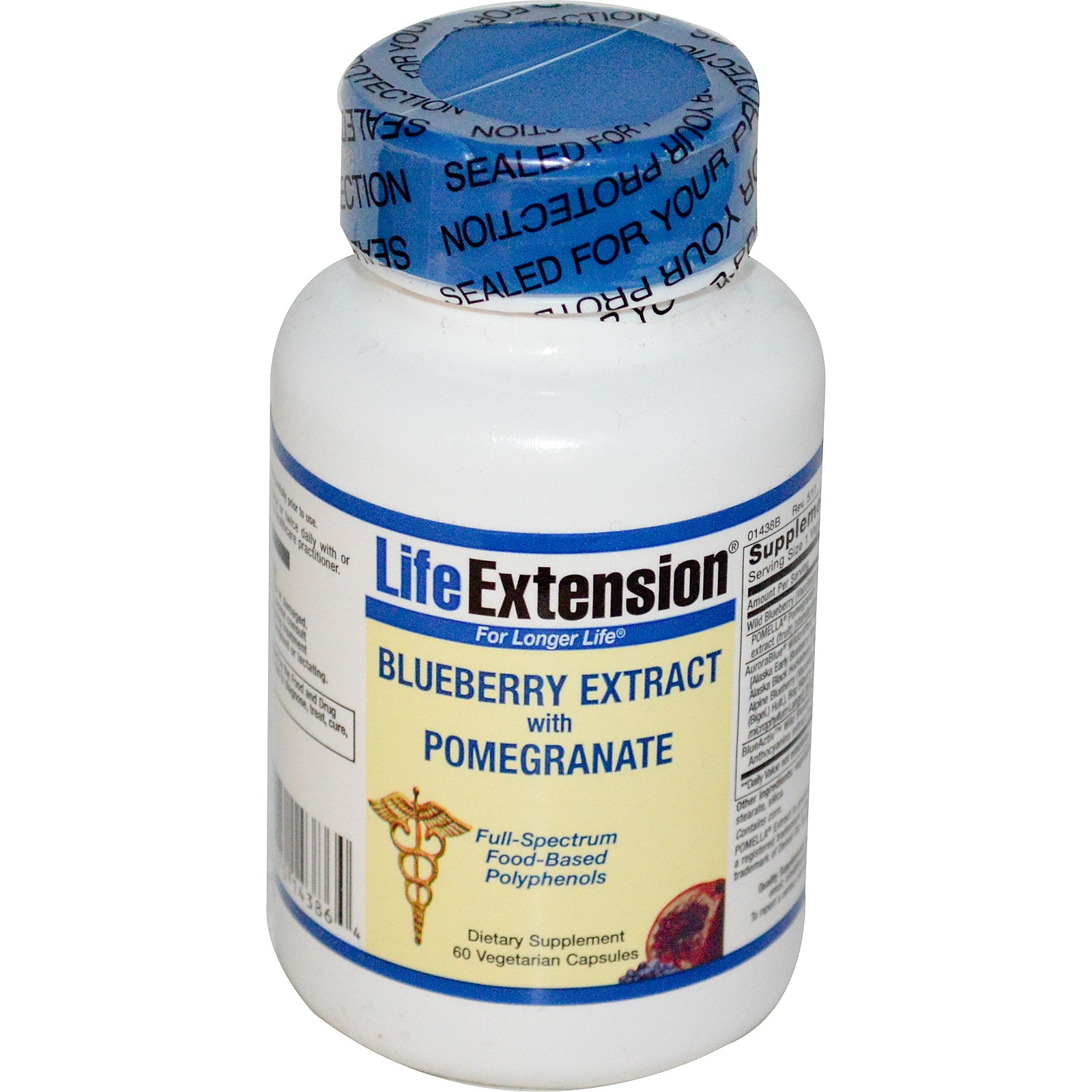